Check out these awesome history books for 10-year olds, just in time for the school year!

Looking for picks for your young history buff? Entertaining reads for book reports and history projects? Look no further! We’ve got books ranging from straightforwardly engaging to silly and fun to get them hooked on learning about important people and events of the past. From non fiction and historical fiction books to audiobooks and read-aloud, below are just some of the best history books for 10-year olds on Epic (plus other ages, too). Check ‘em out!

The Wren and the Sparrow

In this lyrical Holocaust fable, an old man, known as the Wren, plays his hurdy-gurdy (a stringed instrument that sounds similar to a violin), bringing hope and inspiration to the people of a small Nazi-occupied Polish town. In poetic language and referring to Hitler simply as “the Tyrant,” this is a kid-friendly tale of a dark time in history. In a town “shriveled up like a rose without rain,” the worst day arrives for the Wren when the Tyrant’s guards collect the town’s musical instruments. Before surrendering his own, he plays one more song, and the crowd rises up and sings as one. The Wren is taken away, never to be seen again. But luckily, the Wren’s student, a girl called the Sparrow, saves the hurdy-gurdy and passes it on for generations to come.

When thinking about Ancient Egypt, many kids are familiar with mummies, pyramids, and mysterious hieroglyphs (which are all pretty fascinating in their own rite), but this book will give them an in depth look at this complex civilization. It’s chock full of easily digestible quick facts about the daily lives, sacred beliefs and customs—flanked by humorous comic-book style illustrations to keep them interested. It also includes a glossary of terms and a list of recommended reads to dive even deeper.

When did early people start wearing uncreased clothes? What sort of music did cavemen like? Take a trip through time with your kid and laugh out loud with 140 history-themed jokes. From silly puns about ancient Rome to punchy iron-age quips, this is a fun intro to historical topics. It even includes a glossary of terms and a list of other books your kid can explore to learn more about the history of the world.

The Journey of the One and Only Declaration of Independence (Audiobook)

Think the Declaration of Independence is just a boring old document? Think again! This audiobook will help your kids understand its value and its history. It highlights different time periods as it explores the history of the declaration, beginning in the 1770s all the way through the present day. This fun children’s book also touches on many historical events that the Declaration of Independence survived, including the Revolutionary War, the War or 1812 and much more.

Many kids are familiar with the tragic story of the Titanic, but less is known about the Carpathia and its heroic journey to rescue passengers from the doomed ship in the dark, frigid waters of the North Atlantic. This beautifully illustrated picture book tells the story of the crew and the little ship, and how after receiving a distress call in the middle of the night, it navigated treacherous ice fields and ultimately rescued 705 passengers. Written and illustrated by Flora Delargy, whose grandfather and great grandfather worked in the Belfast Shipyards where the Titanic was built, this book shows kids in vivid detail what took place on this fateful night, while teaching them about fascinating maritime concepts like morse code, navigation tools and crew roles.

In Nazi-occupied Denmark during the second world war, a young girl named Anett and her parents are hiding a Jewish woman and her son in their cellar. This remarkable work of children’s historical fiction tells of Anett’s efforts to help protect their vulnerable friends and provide them with food and other supplies while Nazi soldiers are patrolling the streets looking for Jews. Then, with the help of citizens throughout the town, she must help them make the perilous journey on foot in the dark to be ferried to safety in Sweden. The dramatic story conveys a tragic period in history through a child’s eyes in a way that’s relatable for young readers.

A Place to Land

Much has been written about Martin Luther King, Jr. and the civil rights movement as a whole, but this extraordinary book also gives kids insight into the famous “I Have a Dream Speech” and the life of the man, himself. Kids can follow Dr. King as he arrives in Washington, D.C. for the March on Washington and his tireless efforts to fine-tune his speech up until the very day of the momentous march. Ultimately he sets aside the prepared text and delivers a moving sermon. The effects of this important moment in African American history and the ongoing struggle for civil rights and equality are still felt today.

What Is a Monarchy?

This informative book introduces kids to the history of monarchies all over the world, from the British crown to those of Spain, Swaziland and more. It explains and examines this form of government in all its types, including its strengths, weaknesses and cultural significance. Filled with vivid photographs and helpful charts, it’s the perfect intro to world history and government for older elementary school and middle-school readers.

What better way to introduce your kid to the lives of historic figures than by showing them what they were like as kids themselves? This compilation of childhood biographies introduces young readers to how artists like Leonardo da Vinci, Dr. Seuss and more became great, in often relatable ways. With full-color cartoon illustrations and lively narration, it’ll teach kids that even their biggest heroes had to cope with regular kid problems.

Fact and Fiction of the Civil War

American history is filled with stories about the infamous battles that raged between the north and south between 1861 and 1865. Much of them are true, much of them are not. This fascinating book separates the facts from fiction. With easy-to-read text and vivid illustrations, it’ll teach your kid about everything from the secession of the Southern states and fight to end slavery to little-known details like the guerrilla fighters at Palmito Ranch. It even features helpful infographics, a glossary of terms and a timeline to help kids fully grasp this tumultuous period.

Many are familiar with how the work of Henry Ford and Thomas Edison changed the world individually. Few know how they changed each other. In the early twentieth century, both men were well known all over the world, but they were also next-door neighbors who helped each other throughout their careers. Edison encouraged Ford to realize his dream of manufacturing automobiles and Ford was there for Edison when he found himself in trouble. Your kid will love this true story of innovation and how friendship can have the power to change history.

Hats with horns, flying dragons and mighty war gods! This riveting book from the acclaimed National Geographic Kids series will keep your kid on the edge of their seat as they learn about these often misunderstood seafaring Norsemen. With stunning visuals and detailed timelines and text, it’ll take them through 250 years of history, teaching them about viking customs, society, religious beliefs and everything in between. It even includes games, Q&A and a fun, interactive glossary to keep them extra engaged.

Along the vein of the popular ‘90s animation “An American Tale,” this action-packed read follows a mouse named Maximilian after he lands in 1773 Boston. It starts when his pal, Nathanial Chipmunk III, gives him a time machine to go back and alter events to fix things in the present. The little time traveler unexpectedly ends up in Boston and meets Oliver, a member of the Sons of Liberty who is fighting for colonial rights. Soon he’s taking part in the Boston Tea Party! This is an adventurous, kid-friendly way to introduce your child to the events that sparked the American revolution and created a nation.

“Your mission is to learn to think like a historian…” So begins this adventure through the 1920s, ‘30s and ‘40s from before the Great Depression to the end of World War II. Filled with a wealth of facts, your kid can investigate images and other primary source material to uncover what it was like to live through this turbulent period in U.S. and European history.

Neil Armstrong Walks on the Moon

Neil Armstrong made a big leap for mankind when he took the first step on the moon in 1969. This graphic novel tells the story of Armstrong’s history-making journey through space, as well as the events and obstacles he faced along the way. With thrilling illustrations and narration, real historical quotes and a glossary in the back, “Neil Armstrong Walks on the Moon” takes kids on an exciting and educational ride through aerospace history.

Heart of a Samurai

It’s 1841 and when a Japanese fishing vessel sinks, the crew must swim to an unknown island. They’re rescued by an American ship, but because Japan’s borders are closed to Western nations, the crew heads to the U.S. on the American ship. The story follows 14-year old Manjiro, who dreams of becoming a samurai. Curious about the culture of his rescuers, he learns English, becomes adopted by the captain and makes a life for himself in the states. After many years, he makes it back to Japan and even though he’s at first imprisoned as an outsider, he eventually persuades the emperor to open the boundaries around Japan and realizes his dream of becoming a samurai.

Looking for more inspiring history books for 10-year olds? Here are few additional picks off our platform, all available on Amazon. 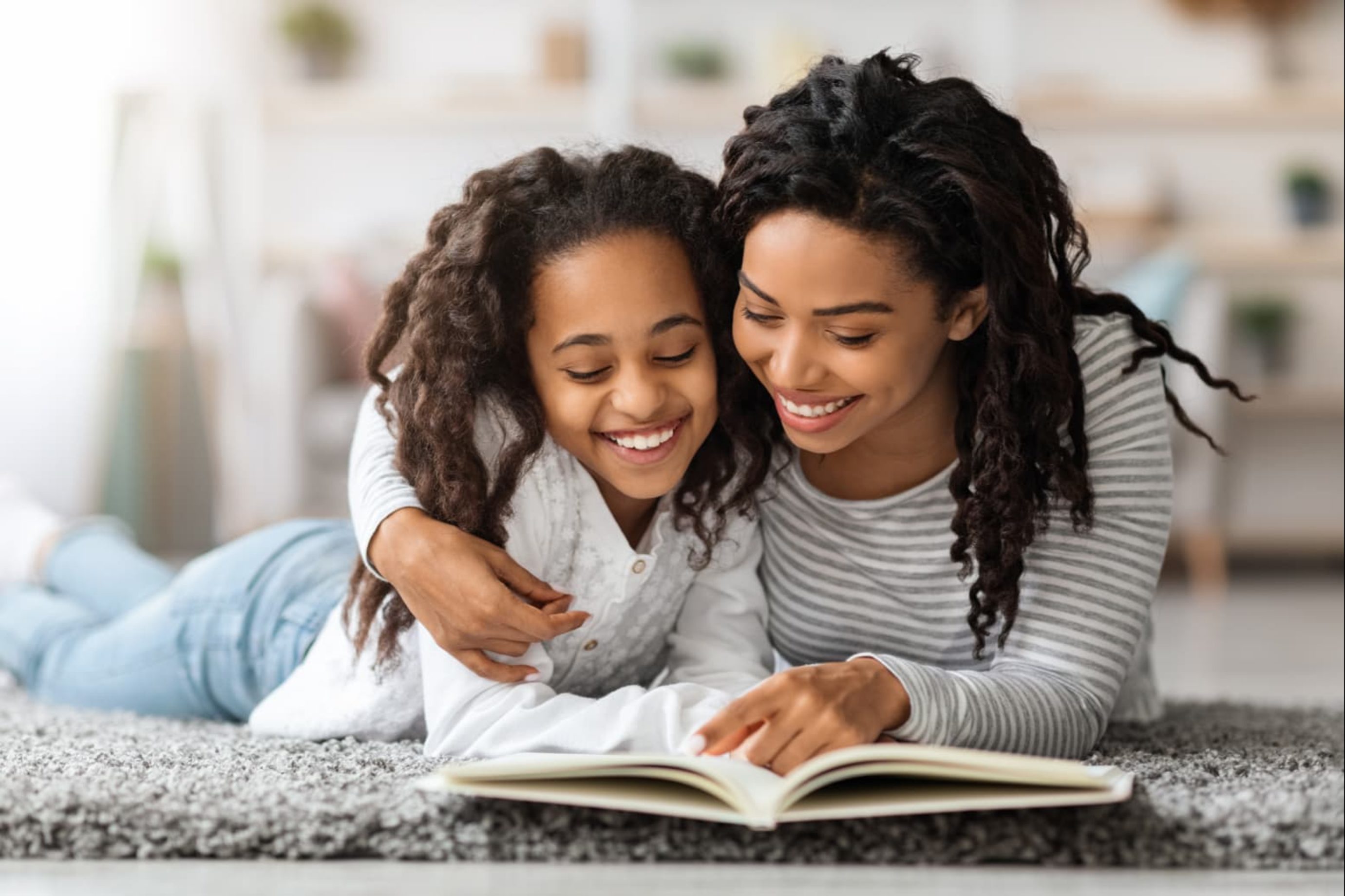 7 Habits to Deepen Their Love of Reading

@epic4kids
3K Following
19K Followers
These stories make us so happy! A testament to your teaching as well @steviefrank23 ! https://t.co/T3a8w8RL2F
2 days ago
RT @GwenBlumberg: Keepunumuk: Weeâchumun's Thanksgiving Story is a new picture book by Native American authors & illustrators that centers…
9 days ago
Kids can get in on the fun and score a limited-time, upgradeable badge. Check out the Spotlight on Soccer Collectio… https://t.co/mMeqB6K0ti
10 days ago
RT @elementaryolsen: Today we used @epic4kids and @Seesaw to complete a text feature scavenger hunt. Teamwork for the win! Everyone was eng…
15 days ago
Read “Shuri: A Black Panther Novel” on Epic, then watch Wakanda Forever in theaters! https://t.co/DMpfeNpABt https://t.co/ff9q1KJE6k
17 days ago
RT @amp_kids: #HappyPubDay! In Animal Rescue Friends: Friends Fur-ever by @JanaWritesComix and illustrated by @genevievekote, the kids and…
23 days ago
Follow